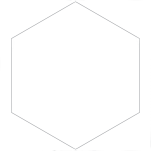 There are 13 storage rooms available on the half basement floor of the building, heated with heating, equipped with alarm, average area 3m2

Nearby are several public transports, parks and shops.

BRIEFLY ABOUT THE BUILDING

A positive environment awaits you in the project - the vast area near the building is well lit and landscaped with walking paths, recreational benches and children's playgrounds. It is richly planted with trees and flowering plants.

S22 has a children's playground, the territory is closed, the entrance is controlled with code keys and gate control. On the territory are planned 9 parking lots, 4 of which are under an open canopy.

A pleasant environment is also in the neighborhood. Nearby are two parks-Peace Garden and quiet garden, a total of 8.3 ha, where it is peaceful and beautiful in all seasons. These are the best parks in the city with children's playgrounds, a skate park, places for both sports and relaxing walks.

The project is located on Sadovnikova Street 22, near the center of Riga. FIRs Sadovnikov entered the history of the city as a very rich merchant, patron, honorary citizen of Riga and St. Petersburg.